Not twisted, or fire, just “Starter”……from the August recording sessions with Supawal. I hope you like it. You gotta play it loud! 🙂 Here is a cover version of Jess Roden’s ‘Stay in Bed’. Recorded here in France, one late night in August. Madame Blanc on vocals, Andrew ‘Supawal’ Bennet on drums, Serge Baudot on bass, me on guitars. If you like it, please comment and share it……

Supawal my brother was over for a visit last weekend. We had a great weekend. No cycling, but plenty of beer and music. Here’s a couple of compositions that we put together….I hope you like them.

Funk 15, from an original idea by Supawal with Tim Bragg on Flute, and Serge Baudot on Bass….

F NIK2 with Supawal on Drums, Dave Purple on harmonica and bottleneck guitar. From and original idea by stratobiker :-)….

The 2016, 59th edition of the Festival de Confolens runs from the 10th to the 15th August…..and The Sugaree Band have managed to snag a spot on the main outdoor stage on the final day! WhooOOOOooOO!!! Details soon! 🙂 Somewhere, from a long time ago….a half remembered tune.

The other day, I’m just walking along, hardly a single thought passing, and a half remembered tune comes into my head, and stays there. Half remembered from a long time ago. Somewhere in the 70s! I’m not even sure I remember it correctly. When I got home, I worked out the melody and the chords, and put this recording together. The picture carefully chosen for this tune. I hope you like it.

Recorder with a Japanese Fender Stratocaster, through a Fender clean amp channel, with compression, delay, and reverb. We had a great time at the Rock n Flore festival!!! The what, the who, the where, I hear you say! The Rock’n’Flore music festival held at the botanical gardens in Mornac near Anguoleme. We were thrilled to be invited to play, and shared the bill with Joane Calice, who has my local guitar hero Thomas Ottogali in her band. Also the fab’ Cognac Saints. We were in good company eh? 🙂 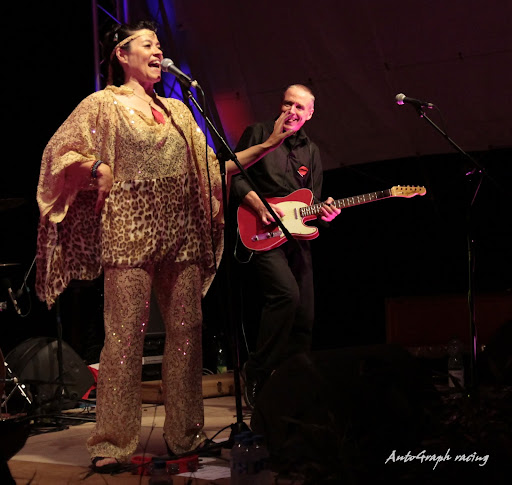 Our good friend, and ace photographer Ian Wilson was on hand to capture the experience. 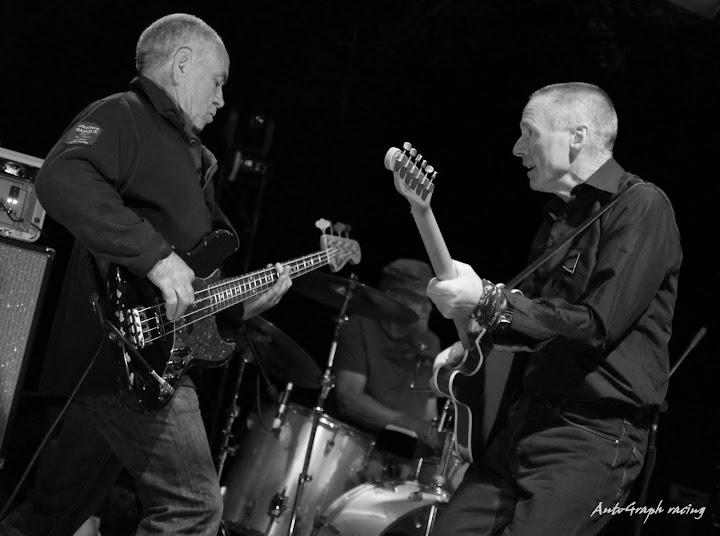 You find Ian’s photos from the night here.

It really was a great night, and one we’ll remember for a long time. So many people to thank, Francis the sound engineer who was a pleasure to work with, all the Rock’n’Flore team who made us feel so welcome, and of course head honcho Igor Burtin for giving us the chance to play. Thanks Igor! We’ve got a posh gig tonight at a swanky nightspot in Angouleme! WhooOOOooO!!!! Best shirts tonight! 🙂 There is a thriving flourishing live music scene in France. In the summer especially there is so much to see and do it’s hard to keep track of it all. We got fed up of hearing, “we didn’t know it was on”, and, “where do you find out about these things”. We found that people living in the Haute Vienne had no idea what was happening in the Charente or the Dordogne even though they might be just a few kilometers over the border. We decided to do something about it. This is it – ‘music ici‘!

To start off with we are just going to focus on our little corner of France. Using Confolens in the Charente as our hub, we’ll report on what’s happening within a two-hour drive. We’ll tell you about gigs, concerts, festivals, we’ll report on artists, bands, and venues. We want to share with you some of the vibe that’s happening here.

We want you to get involved. If you went to a great gig, tell us about it. If you are a band, send us your dates, we’ll publish them. If you are a venue, let us share your calendar.

From time to time we’ll invite guest writers, and reporters. We’ll arrange interviews and photoshoots. If your mother comes from Russia or has a black handled knife, we want to know!